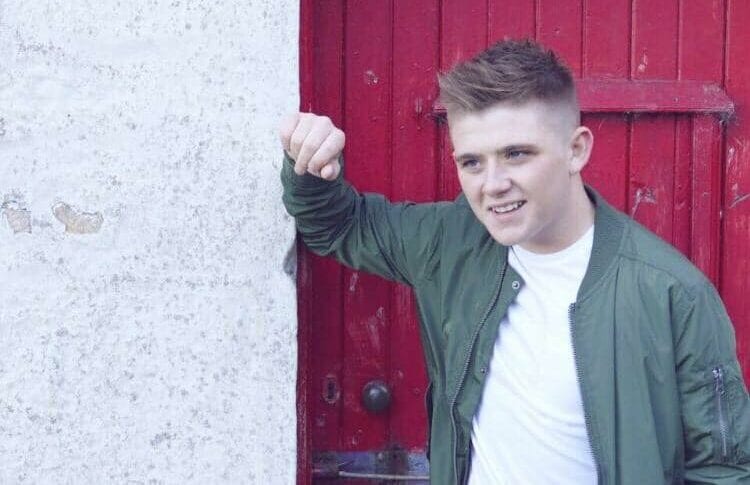 We are absolutely honoured to be able to offer a true Scottish X-Factor superstar! Who else can say they have sung with Shane Filan from Westlife and has Elton John as a fan!?

Nicholas McDonald was the runner up on the tenth season of X-Factor is 2013, with the winner being Sam Bailey.

Nicholas himself said “Being diagnosed with Long QT Syndrome could make some people give up on life, but not Nicholas McDonald. “I needed to find another way to release all my energy but not actually exert myself. My mum kept going on about singing, but I just kept saying no because singing was for girls and nobody I knew did it…..except for girls.”

But she didn’t give up after hearing him singing around the house, and after a year and a half he finally gave it a go.

“I still thought it was for girls but it got to a point where I didn’t have anything else I could do because of my heart condition so I thought why not.”

It was Angels by Robbie Williams that actually made him think he wanted to be a singer, “It is such an incredible song”, along with Celine Dion’s My Heart Will Go On and Mariah Carey’s Hero. “These were the songs that my mum played around the house but they all just made me want to sing.”

And although his first performance might not have been the big deal most singers crave, his sister Antonia’s first birthday party was the perfect place for Nicky to perform, even if it was My Heart Will Go On!

A sneaky arrangement (by his Mum) with the school head teacher about Nicholas performing at the Leavers Day concert of his primary school, was a risk worth taking. “It was soooo embarrassing”, he reveals, “but everyone seemed to love it.”

Signed up by his head teacher, Britain’s Got Talent followed, where 12 year old Nicholas made it to the semi finals. But it was an encouraging word from Simon Cowell that made him finally give singing a proper go a few years later…

Hop, skip and a Flying Without Wings later, and 17 year old Nicholas McDonald made it to theg final of The X Factor. “One minute I was sitting at home watching this show every year and wishing I was doing it, and the next I just went for it and applied. Coming second on that show is the most amazing thing to happen to me…cornsidering the doctors told me I couldn’t do anything!”

Nicholas began work on his debut album, In The Arms of An Angel, a selection of songs that Nicholas performed on The X Factor plus three original tracks, including debut single Answerphone, soon after the final of the show. “I didn’t want people to think it was just an album of covers…I wanted to give them a taster of what will be on the next album.”

With work having already commenced on Nicholas 2nd album, Nicholas said “I am so excited for everyone to hear it. I hope everybody likes it as much as I enjoy making it”.

And you can understand his excitement with musical icons including Michael Jackson, Bruno Mars, One Direction and surprisingly Justin Bieber…. “I was in awe of this boy that released things onto YouTube and then became this big star… it’s every boys dream to get that success, and now it’s starting to happen to me”.

But if you think there’s an ego on these shoulders then you couldn’t be further from the truth, “The best bit of advice I’ve had is work hard and be nice to everyone – but I’m always nice to everyone!” And his motto in life is believe to succeed, something his mum always said to him, “Except I didn’t believe, even when I went to judges houses I kept saying I’m not going to get any further, but my Mum just kept saying it and that gave me the strength to keep trying”.

And with fans like Sir Elton John, “He was amazing and actually asked to meet me….ME?”, it seems it really is true that mums know best!”

If you would like to have Nicholas sing at your wedding or special event, please contact us for further information.

I WANT THE X-FACTOR

Let Nicholas Mcdonald be part of your special day!
MAKE AN ENQUIRY